Amanda Tapping
A Biddy's Life is the third episode in the Freeform series, Motherland: Fort Salem Season 1. It aired on April 1, 2020.

Fort Salem excitedly greets male visitors on the eve of Beltane, but Raelle and Scylla’s budding romance is interrupted by the arrival of a mysterious man from Scylla’s past. One of the male witches catches Tally’s eye, but she is unsure of how to proceed. Meanwhile, Alder attempts to convince the Hague, an international military council of witches, to follow her strategy against the Spree and is startled by the news of an escalating humanitarian crisis in the Tarim Basin.

The biddies line up to await General Alder to escort them outside. One biddy comments, "I love this day every year!"

The cadets wait for Alder's arrival lined up in front of Fort Salem. The girls and generals are waiting for the arrival of male witches, led by the Witch Father. The female cadets shout and cheer to welcome the boys. Tally Craven in particular gets very excited at their arrival.

The Spree commit an attack in a community pool. One witch says a spell which freezes people as they are standing and swimming in the pool.

Back at Fort Salem, the witches discuss the attack. They are horrified - but Anacostia uses it to motivate them to try harder because they are in the U.S. army and this is their job.

The witches gather outside for a kickoff to "Beltane". Raelle and Scylla flirt. Scylla kisses Raelle goodbye and Raelle goes back to her friends, Tally and Abigail. Berryessa Tansey welcomes the girls to a series of rituals. The male witches run out onto the field with lacrosse sticks and the girls cheer.

Abigail confidently walks onto the field to start meeting the men. Raelle, Tally, and the others follow and they start playing the game together. Tally accidentally knocks over Gerit and they exchange a passing glance. Someone bumps into Raelle and insults her, but she is unsure as to why.

The same guy goes up to Scylla later and she recognizes him as Porter. He asks her what she is doing here and says "I know who you are, remember". She responds saying that after her parents were killed, everything changed. It becomes clear that they dated previously.

A guy named Clive comes up to offer Abigail some mead at the picnic. She asks him about his friend, Augustin Alcala, and asks him to bring him to her so they can meet. Clive obliges and Abigail and Augustin hit it off.

Meanwhile, General Sara Alder meets with the Hague, an international tribunal where the standards of war are established and discussed. She explains that The Spree are escalating, but it's not time to be rash. They are working on eliminating The Spree. The diplomats are upset with Alder and the army's recent actions and India's leader wants new leadership.

Russia's diplomat also brings attention to a device which plays sounds from a group of witches named The Tarim, claiming that they are located in between Russia and China. The Tarim do not want any part in the fighting or militarization. They possess a magical technology, songs and sacred sounds that have not been heard from generations. Alder recognizes the songs. Some diplomats say they need to be dealt with - others say leave them alone. Alder says leave them.

One of Alder's biddies collapses at the table and General Alder looks visibly distressed, like she feels the biddy's actual pain.

Raelle confronts the guy who insulted her earlier - Porter, Scylla's ex. He apologizes and introduces himself. He explained that he has a history with Scylla and that it's clear that Scylla has told Raelle nothing about her childhood or parents. Porter tells Raelle not to get too attached.

Gerit approaches Tally and they start to flirt. They go for a walk later in Memorial Hall and Gerit starts to hold her hand. Tally puts her necklace on a stone, which reveals her family history on a tattered U.S. flag. She leaves with Gerit and Raelle stays to put her necklace on the flag.

Meanwhile, Abigail is making out with Clive. She asks Augustin to keep watch at the door and says that he can watch if he wants.

Later on, Libba gives a history lesson to the male and female witches about a battle of her ancestors. Abigail challenges her story and goes up to correct it. She says that her ancestor - Gem Bellweather was the real hero that day. It's clear that the Bellweathers and the Swythes have a long family feud.

Raelle and Scylla run into Porter and Raelle says that she knows about Scylla's ex, to her surprise. Scylla opens up to Raelle about her past - her parents were dodgers. The military tried to arrest them and they were killed. This influenced Scylla to enlist in the army - to beat them at their own game. Raelle agrees to help Scylla and they kiss.

Anacostia hugs Devon and congratulates her on her new appointment as one of Alder's biddies.

Porter goes to Scylla's door because he needs to talk to her. They argue because Porter doesn't trust Scylla's intentions for enlisting in the army. Scylla says she is not a terrorist like Porter believes and he hugs her in comfort. They kiss and Scylla whispers "I'm filled with an unbearable sadness" into his ear. He walks away in a daze and Scylla watches him with a cold stare.

Gerit gives Tally some flowers and says that he's happy he spent the day with her, even though they are both not supposed to be with only one person. They share a tender kiss in the forest.

General Sara Alder leans over the bed of her biddy and thanks her for her sacrifice. A candle goes out when she passes away. Anacostia brings in Devon to start her new position as one of Sara's biddies. She places her hand on her shoulder and becomes an old woman, while Sara's skin rejuvenates and she appears younger.

Porter falls out of a window in front of Raelle. His head is covered in blood and Raelle tries to save him with her powers. Porter dies on the concrete. Raelle passes out.

Do yourself a favor. Don't get too attached. 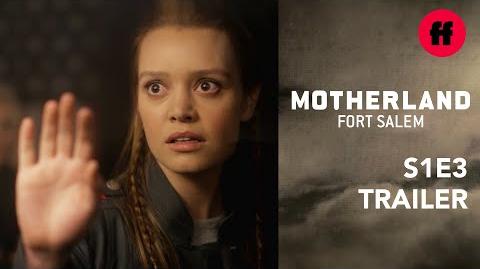 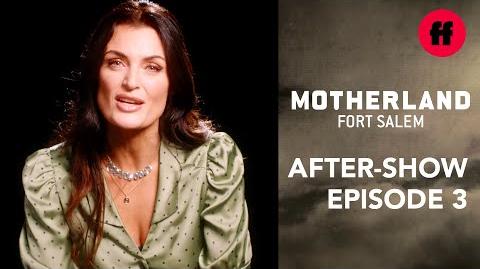