Eliot Laurence
Bellweather Season is the fifth episode in the Freeform series, Motherland: Fort Salem in Season 1. It aired on April 15, 2020.

The unit travels off base for the high society wedding of Abigail’s cousin. Raelle throws herself into her relationship with Scylla, who, unbeknownst to Raelle, faces an impossible choice. Abigail becomes disillusioned with her privilege while amongst the notable Bellweather line. And Tally gets hit with two life-altering revelations that change the very fabric of the unit.

The unit come back, elated from their training, mentioning that even Anacostia was impressed with their windstrikes. They start to talk about Abigail's cousin's wedding. Abigail insists that the wedding is really an opportunity for a "pre-interview" for War College and that the others need to stay focused and stop thinking about Gerit and Scylla.

Raelle fights to bring Scylla to the wedding and even threatens saying something rude to Abigail's mom if she doesn't let her come. Abigail refuses and tells her to focus on what's important.

Scylla and Raelle walk together in the forest and dream of running away together to a beach. Scylla tells Raelle to not not go to the wedding because of her. Raelle told her that she really wishes she could come. She gives her a present - a bird skull decorated with flowers and a pin. Scylla calls it "sexy weird- like us". Scylla, in return, performs a spell on Raelle's hand so that she can say hi to her wherever she is.

Scylla goes back to her room where The Spree send her a message on the mirror saying, "We told you to get invited." She responded that she tried and didn't know what to do. They said to bring Raelle to them at 6pm and if she fails her future is "bleak".

At the wedding, Scylla goes disguised as a server to enter the premises. She then burns her face to transform back into herself and casually runs into the unit, who stand surprised that Scylla had the guts to crash the wedding. Raelle, however, is thrilled and defends Scylla.

Abigail proceeds to introduce her unit to the other generals and majors at the wedding. Everyone lines up for the ceremony and the couple comes together to have their hands bound by ribbons, passed down through the generations by the bride's ancestors.

Anacostia overhears Petra and General Clary talking about how General Alder has had plenty of time to do something about The Spree, and that maybe it's time for a change. Petra reminds her that she has friends at The Hague too. Anacostia notices Scylla and knows that she is not supposed to be on the list. She confronts Scylla and told her that she warned her to stay away from Raelle.

Tally pulls Raelle over because she noticed that Gerit was at the wedding. She runs over to say hi to Gerit, while Abigail tells Raelle that Gerit is engaged and that Tally is about to have her heart broken. Tally starts to kiss Gerit while he tries to explain his situation, but doesn't have enough time and promises to tell her later.

Charvel Bellweather, the bride, tells Abigail not to sweat her interview because it's in the bag because her last name is Bellweather. Abigail pulls a guy off the dance floor for a "10 minute energy boost", aka hook up, even though he is there with someone else.

Everyone returns to the ceremony where it is announced that Gerit Buttonwood will be out of the circuit for 5 years as he is engaged to Hilary Saint. Tally looks heartbroken and shocked.

The girls then meet with the Dean of War College, where Tally's face still looks heart-broken. Tally runs off, apologizing to the Dean, with Raelle running behind her. Abigail apologizes on behalf of her unit and asks if the Dean wants to know more about her credentials, but the Dean explains that she is Petra's daughter and they would even admit her even if she was "sleepwalking" because they owe her mother that much. Abigail looks hurt because she wants to earn her entry; she doesn't want it to be handed to her.

Raelle runs up to Petra Bellweather and confronts her about her mother's death. Petra responds that Willa was brave and essential to every mission. She hugs Raelle and tells her her mom would've been proud. Teary eyed, Raelle runs off.

Abigail helps Charvel get dressed and Charvel gives her advice about War College, life, and marriage- saying that marriage doesn't have to prevent them from seeing other men and that Abigail will do well at War College.

Tally is crying in the bathroom and quickly shuts the door when she hears someone. Scylla walks in and doesn't see Tally. Tally looks through the door and sees Scylla talking to a balloon where she says "I have her" and asks for an extraction point. The mirror writes out a meeting point and time. Tally walks out of the bathroom distressed.

Scylla goes to get Raelle and asks her to go walk on the beach. Raelle asks her to dance for a minute instead, which Scylla agrees to. The clock strikes 6pm, the time of the extraction, but Scylla tells Raelle just to say and dance. She tells Raelle, "No matter what happens, I love you." Scylla looks like she's developed real feelings for Raelle, despite her mission.

Abigail sees Gerit and tells him to stay away from Tally. Tally goes to find Anacostia and says it's urgent. She said she saw a balloon and she thinks Scylla is part of The Spree.

Abigail goes to get Charvel but finds her bloody and dead in the bathroom with her throat slit. There is an eerie, high-frequency ringing in the room. Two waitstaff attack Abigail with knives; she physically fights to defend herself after finding herself unable to sustain notes to use her powers. Meanwhile, a large number of blue balloons float over the wedding and the wedding goes on lockdown protocol. Petra runs to find Abigail. She sees her in the hands of the two Spree members posing as waitstaff and fights to even the odds.

Despite Abigail getting stabbed during the fight, the Bellweathers ultimately gain the upperhand when Petra manages to damage a hidden breastplate on the chest of one of the Spree. The damage to the breastplate causes the ringing to stop and the Bellweathers find that they can use their powers again. The terrorists attempt to run away but the mother-daughter duo catch up. Petra and Abigail blast wind at the two terrorists who set themselves on fire in order to evade being caught. Petra holds her daughter and addresses the younger Bellweather's weakened condition.

Abigail reunites with her unit, still in shock from the fight and seeing her cousin murdered. Raelle can't find Scylla and just sees her pin on the floor, knowing that she is gone too.

Willa Collar was one of the bravest soldiers I knew. She was the fixer every unit wanted to deploy with. Your mother's unconventional methods delivered incredible results. Countless lives were saved because of her work. And from what I understand, you have followed in her footsteps by trying to save a young man's life. I wish she could have been here with us today. She would've been so proud of you. 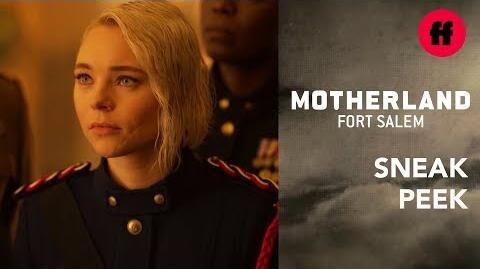 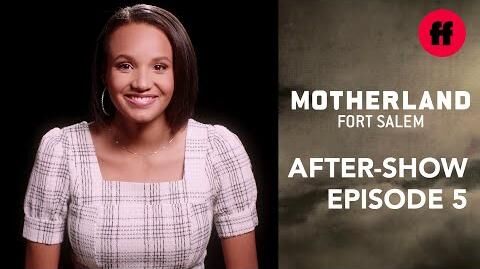 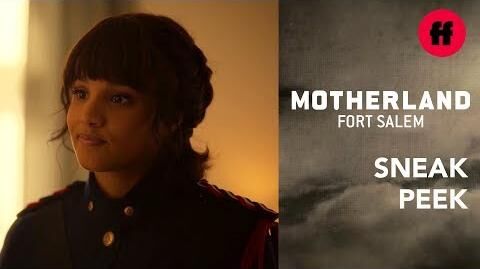 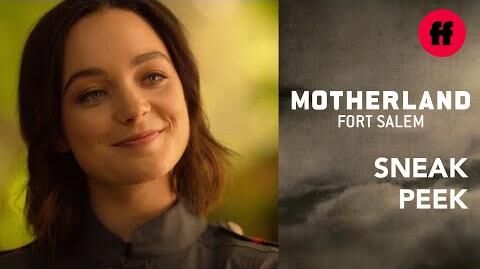