David Grossman
Citydrop is the eighth episode in the Freeform series, Motherland: Fort Salem in Season 1. It aired on May 6, 2020.

The witches' training culminates at Citydrop, their final training exercise; devastating secrets come to light, splintering the unit and forcing Tally to question her blind trust; a Spree threat changes the course of the cadets' lives.

The girls drop from the planes onto the ground and Tally hurts her ankle. Raelle goes to heal her but while healing her, she sees a vision in Tally's mind - a flashback of her telling Anacostia that Scylla might be Spree. Raelle screams at Tally that she trusted her and that she was just telling lies to Anacostia, but Tally tries to defend her choices.

Anacostia announces that their training evaluation begins now. They have operatives acting and fighting as if they were real Spree, in order to train the girls to plan to fight against the Spree in the future. They're given their first mission and the units break off to perform the mission as teams.

Raelle confronts Tally again, saying that Scylla never had bad intentions, and Tally claimed she was only trying to protect Raelle. Raelle pushes her into the car and al alarm goes off, giving the girls blisters all over their faces.

Abigail confronts Tally about not telling her, when Scylla is responsible for Charvel's wedding attack. Tally says she had orders. They get attacked by two of the Spree copycats. They fight off the attackers but a still-traumatized Abigail continues to attack the individual. Abigail has to be pulled away from the witch, which earns her a reprimand in front of the other cadets the following morning.

Meanwhile, Raelle is off alone looking for Anacostia to get answers. She runs into Helen Graves and greets her as if she knows her, but Graves claims she has no idea who Raelle is. She demands that Raelle go back to where she is stationed.

The girls receive their second mission - to go find the fake Spree operatives in an abandoned high school and to bring them back alive. The girls fan out to scan the property and get attacked again, but defend themselves. They manage to tie up two operatives to bring back alive.

Anacostia calls Raelle over to describe the person she thought was Lt. Graves. They ask Raelle what she talked about with this person and Raelle says mostly Scylla and that the Graves she met encouraged her to be in a relationship with Scylla. Raelle says to Anacostia, "Please tell me it isn't true. She told me she loved me." Anacostia responds that Scylla only told her what she wanted to hear.

Back at Fort Salem, Izadora confirms that they found the Spree headquarters. Alder approves the order to breach the building. A unit goes to attack the building but it implodes. The Spree drive away in trucks to safety. Izadora gets a confirmed sighting that the trucks are in route to Boston or even the airport.

Alder feels that they need to reach the Spree before they leave on a plane but the only people close enough to get to them in time are the cadets. The generals protest but Alder pushes to send the cadets because she thinks they are capable of a lot more.

Anacostia receives the order and preps the girls for the real life attack. They fly out in the direction of the Spree. They line up to stop the trucks and blow one of them off the road. Raelle goes to the field to make sure no one escapes and sees Scylla, or someone pretending to be Scylla, and Raelle fights her. Raelle says, "Everything about you is a lie." Raelle strikes her and her body transforms back into Scylla's Spree recruiter.

Tally detects civilian hostages inside the truck and Anacostia tells Alder, who tells her that the mission hasn't changed and to proceed. Tally steps back as the rest of the witches blow up the truck, civilians and all. The units pack up and go back to the base. Not everyone made it as Libba Swythe died in the attack. Abigail, once her biggest competitor, is devastated and bursts into tears. Back at Fort Salem, they hold a funeral for Libba.

Tally tells her unit that there were hostages in the truck, but that Alder and Anacostia proceeded with the orders. The girls are confused and lost but trust Tally's word.

Adil finds Abigail and asks her what happened. She explains what happened and that they lost Libba. He tries to comfort her.

Alder goes on T.V. to talk about the Spree truck attack but she lies and exaggerates what happened to make the army look better. In particular, she claims that it was the Spree who executed the hostages, when in fact, it was the army who killed them at the same time they killed the members of the Spree. The girls watch her announcement, shocked at how she lies to the public. Anacostia appears to be visibly upset about the lies.

Please tell me it isn't true. She told me she loved me... 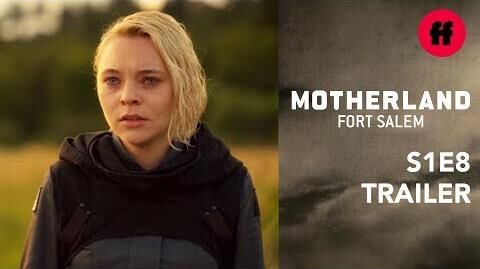 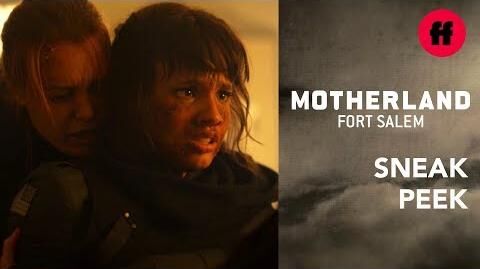 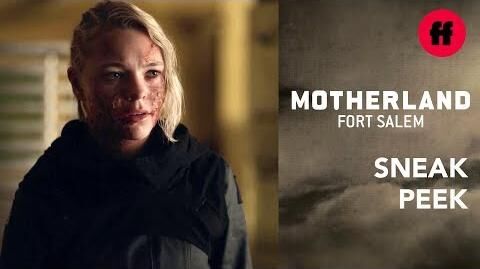 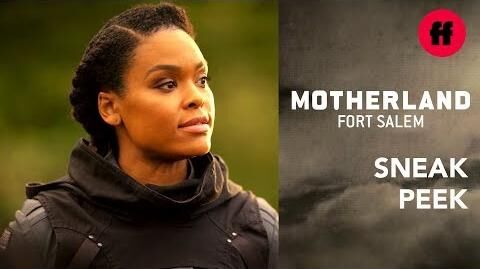 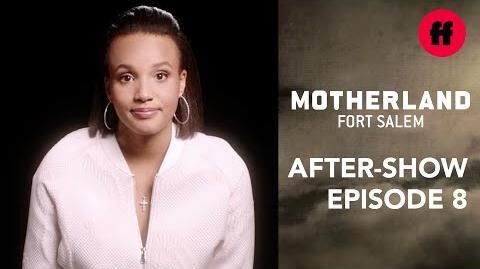