Steven A. Adelson
Coup is the ninth episode in the Freeform series, Motherland: Fort Salem in Season 1. It aired on May 13, 2020.

In the aftermath of Citydrop, the unit comes closer together, while their distrust of Alder grows; Abigail is faced with eulogizing a fallen soldier, while Tally learns something new about Gerit; Anacostia grants one last favor to Scylla.

In the Altai mountains, the last known location of The Tarim, army soldiers walk through a forest and see an abandoned scene - cooking spoons left behind, dolls, and even blood. They find a group of people with their necks slit open. Their bodies are laid in a pentagram.

Meanwhile, the cadets discuss about how Alder lied, but Abigail says that's just part of being a soldier - there are casualties. Tally rejects that excuse.

Alder and her generals discuss the Tarim attack and consider the possibility that the attack was not from the Spree. Another group, The Camarilla, is suggested by Izadora but Alder says she removed them years ago and that they are not a threat.

Alder reports to Adil and Khalida about the Tarim attack and tells them her plan to intervene to save more of the Tarim. Khalida says that won't be necessary because once the songs of her people are in government's hands, the world won't be worth fighting over. Alder tells Khalida to watch it because she's alive because of her.

Tally, Abigail, and Raelle tell General Bellweather about Alder's lies and about how the Spree infiltrated Fort Salem, via Scylla. She is shocked but dismisses them.

Anacostia suggests to Alder that they turn Scylla against the Spree. Alder rejects her idea because she thinks it's not possible. She tells Anacostia to send her to prison.

Everyone gathers for Libba's funeral. Abigail gives the eulogy at her funeral. She starts reading a scripted speech but then she rips it up and speaks from the heart -about how at first she hated Libba but now she's gone, and what was the point of hating her. She said that she's grateful for Libba after the fact because she pushed her.

The girls drink back at the apartment room and Gerit sends a bird and letter to Tally, she runs off to go see him saying she needs this. They have intense "no talking" sex.

Scylla and Anacostia talk and Anacostia says that she's going to be sent to prison on Alder's orders. Anacostia says first she wants to know how she became her - why she joined the Spree. Scylla asks to see Raelle one more time in exchange for her life story.

The President forbids Alder's intervention in the Tarim matter because it would cause a world conflict. The President reprimands her for putting a cadet in harm's way when she hadn't even completed basic training. The President then tells Alder that she knows that the Spree infiltrated Fort Salem, compromising national security. She tells Alder, "your days of leading our military is over". Alder thanks her for her time and angrily walks away. Thunder claps in the sky.

Anacostia grabs Raelle and suggests that she take the opportunity to say goodbye to Scylla. Raelle says "she's dead to me" and walks away. Abigail tells her to reconsider because if she had one more chance to say goodbye to Charvel or even Libba she would.

General Bellweather says big changes are coming and implies to Abigail that she will be taking over. She emphasizes that Abigail should not do anything that reflects poorly on the Bellweather name.

Tally and Gerit hook up and Hilary walks in on them. Tally apologizes and says she'll leave but Hilary says to stay and that she will take a shower and join them to create some energy. Tally is furious at Gerit because he knew about Hilary's early return and didn't tell her. He said he's married and did the best he could, keeping Hilary in the loop about their affair. He claimed he thought Tally would find it fun. She said, "You have no idea who I am."

Anacostia brings Raelle to Scylla after Raelle changed her mind. She tells Scylla she loved her and Scylla said she still loves her. Scylla explained how it started with Raelle as her mark but that she fell for her for real. She tells her that all of it was real. Raelle asks her why she picked her and Scylla said she didn't call the shots. Scylla told her she has no idea how powerful she really is.

Scylla tells Raelle "I chose you!" She chose her instead of the Spree because she had orders to deliver you but she didn't. Raelle walked away with Scylla in tears, screaming.

The President prepares to go live on T.V. to announce something, but she hears a strange off putting sound. Alder is performing a spell, where she controls what the President says, forcing her to push Alder's agenda instead of her own. Everyone watches in shock, especially Anacostia and Tally. The President said that there is only one leader to carry it out - Sarah Alder, even though the teleprompter screen said Petra Bellweather's name. Alder, via the President, gives herself full authoritarian force - "unhindered and at her own discretion".

Anacostia sees Alder performing the spell and she looks on in disgust. Alder collapses in exhaustion and Anacostia tears up, seeing that her mentor is a fraud. Abigail and Tally are shocked and confused by the speech.

Raelle was tearing up next to a tree and Anacostia comforted her- telling her Scylla loved her and that part was real. Raelle admits that she messed up- she told Petra that Scylla was being held on base. Anacostia realizes that Petra told this information to President Wade, and they run to go find Raelle's unit. Anacostia tells the unit that Alder puppeteered the speech and that Alder might trace the decision making back to them. If she does, they're all in grave danger.

You're a natural born leader and I would follow you anywhere.

We were used, and Libba paid the ultimate price. 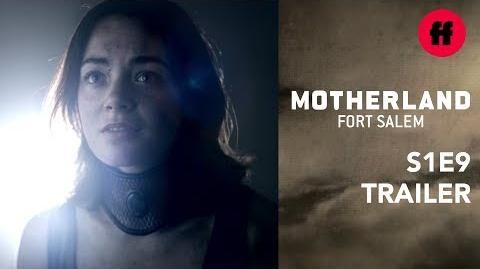 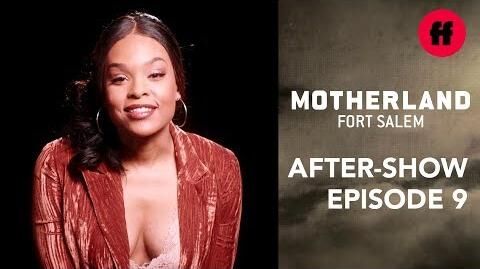 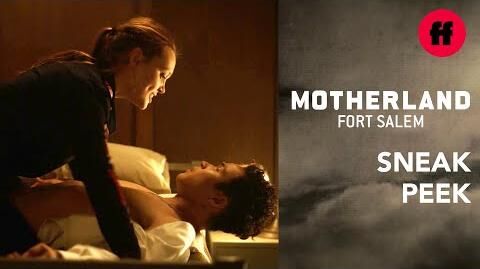 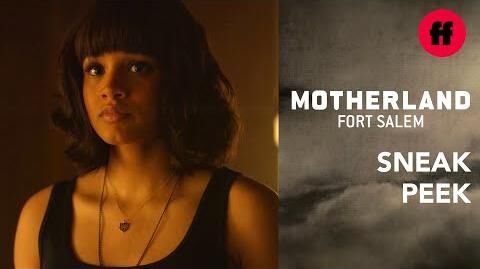