Eliot Laurence
Hail Beltane is the fourth episode in the Freeform series, Motherland: Fort Salem in Season 1. It aired on April 8, 2020.

The base reels from a traumatic event, while Raelle tries to come to terms with her role in the tragedy. Scylla attempts to evade Raelle’s increasingly pointed questions. Abigail works to impress her formidable rival, Libba. And Tally’s connection with Gerit grows during Beltane, a sacred holiday honoring fertility traditions.

General Petra Bellweather asks General Alder to consider the possibility that there was a breach from The Spree inside Fort Salem and that maybe Porter didn't want to commit suicide after all, but was instead forced to. She suggested canceling Beltane altogether to protect the witches, but Alder said she will stand by the long-time honored tradition of Beltane and that Anacostia will enforce security during the event in case.

Scylla waits for Raelle outside of the hospital to make sure she's okay. Raelle asks a lot of questions about Porter and his mental stability- but Scylla just said something seemed off about him from the start.

Tally and Abigail prepare for Beltane by trying on dresses. Beltane is how they beat their enemies and how the base heals, according to Abigail. A bird drops a note at their window- it's from Gerit. It's a drawing of his penis making the girls giggle and Tally retreat to get privacy. Raelle returns from the hospital to the relief of her unit.

The Necros gather to read the mind of Porter, much to the horror of Scylla because she killed him. First, they have to keep the body cold until the evening, giving Scylla time to plan about what to do.

General Bellweather runs into Raelle, Tally, and Abigail in the hallway. Raelle says she thinks she knew her mother, Willa Collar, and huffs away. Abigail explains to her mom that Raelle thinks she is the reason her mother is dead. She tells Abigail to bring her unit to her cousin's wedding to impress the Dean of War College there because they are better as a unit. Abigail reluctantly agrees, despite her worries that they will embarrass her cousin.

The male and female cadets continue to train, but together. Raelle starts getting visions, presumably as an after effect of trying to heal Porter. Libba and Abigail clash, per usual.

Raelle goes to Scylla's door to try to get answers, to no avail. However, she sees a vision of Porter trying to go find Scylla as well. She has a vision of him jumping off of the roof.

The Beltane ceremony officially begins. Beltane is an event honoring the union of the male and female witches together - their sexual energy being what makes them stronger and more powerful as a whole. The girls are all dressed up in their best at the welcome dinner. Tally sees Gerit flirting with someone else and she goes to one of the Beltane leaders, Berryessa Tansey, for advice. Berryessa tells her to trust the dance because it knows her heart and that everything will work out the way it's supposed to. Abigail flirts with both Clive and Augustin.

Abigail pushes Tally to go meet other guys to see what's out there. A guy, Byron, comes up to Raelle and she pushes him away, saying she's not interested in men, only to be surprised when he says he isn't interested in women. He thanks Raelle for trying to save his good friend, Porter. He said the guy he knew would never have killed himself. She asked if he ever heard of Scylla - he said yes that he went to see her that night before he died.

Raelle went to find Scylla to tell her everything she knows. She demands an explanation and asks if she saw him that night. Scylla accuses Raelle of accusing her of doing something to him. Scylla storms off.

The Beltane dance begins and Berryessa advises the students to let the music and flow guide them. When it ends, they can trust the dance to guide them. Everyone starts to dance with each other- even Alder and Witchfather. Gerit and Tally start to make out on the dance floor. Raelle walks off with her new friend, Byron, and Abigail goes off with Clive and Augustin.

Scylla sneaks away to deal with the Porter situation in the Necro lab. She mutters a spell to make the temperature increase, but she is too late as everyone arrives and enters the classroom. They chant a spell to send a live bird into Porter's body to awaken him. The professor asks if he kills himself- he says yes, that Witch Father was the last person he saw, and that he did it because he was filled with an unbearable sadness- not because of The Spree. Scylla is surprised and relieved.

Everyone starts to undress and get naked in the field. They start to have sex - Tally and Gerit, Abigail and the boys, Alder and Witchfather. Raelle and her friend both lay in the grass and talk about love and life.

Anacostia goes around Fort Salem testing the residue on the mirrors. General Bellweather does the same but they find nothing suspicious at first glance.

Scylla waits for Raelle after Beltane to explain herself. She lies and said he wanted to get back together but she didn't. She admits her strong feelings for Raelle and how they scare her, but Raelle kisses her and says they will figure it out together.

The men leave Fort Salem and Witch Father gives Raelle Porter's scorge whip. Tally and Gerit passionately kiss goodbye. Abigail doesn't say bye to her boys but instead goes to the training room to practice. Libba confronts her there and trains too. The rest of the girls eventually enter.

Raelle waits for Scylla in her bedroom and they start to kiss until Raelle chokes her. Raelle burns her face off revealing that she is in fact another member of The Spree in disguise. The woman threatens Scylla and demands that she do better. The Spree woman took claim for cleaning up the Porter mess and demands that Scylla get invited to the Bellweather wedding to make up for it.

We are all incredibly proud of you. That kind of bravery can't be taught. 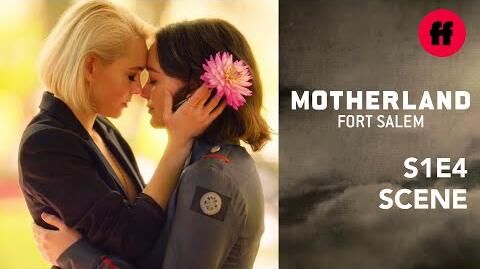 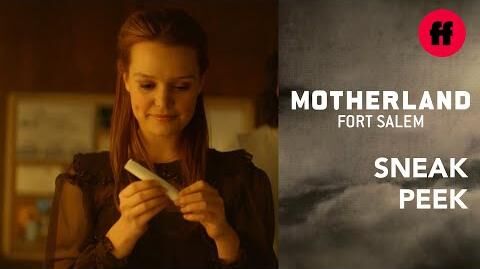 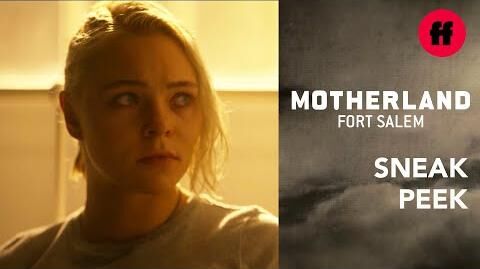 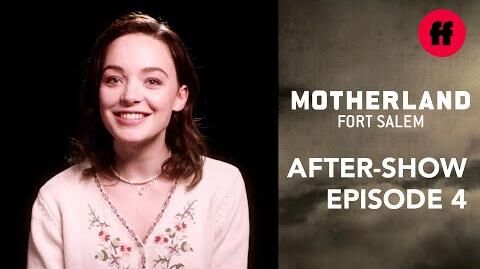