Shannon Kohli
Mother Mycelium is the seventh episode in the Freeform series, Motherland: Fort Salem in Season 1. It aired on April 29, 2020.

Abigail forges a connection with Adil, a new visitor to base camp, and pushes a devastated Raelle to help him save a life. Tally uses Gerit as a distraction from her increasingly burdensome secrets. Anacostia probes into Scylla’s past.

General Alder interrogates Scylla but Scylla resists her attempts. Anacostia then tries to mentally "break" into Scylla's head to know what she knows and see what she saw, but again Scylla resists.

The unit comes back to Fort Salem and Raelle can't stop thinking about Scylla. Abigail tells her "time will help". In the cafeteria, Abigail bumps into Adil. He explains he's from Tarim base and they share an intense, lingering stare as Abigail offers to show him around campus.

Khalida is really sick and covered in dark twisted black veins. The nurses try to figure out what happened to her so that can diagnose and heal her. Khalida lets out an intense growl, which shatters glass in the room and causes the nurses to run away in fear.

Izadora teaches a training session, where she slits the throat of one of the cadets. She does this to teach the cadets the importance of a fixer, or healer, in a unit. She places her hands on the cadet's forehead and heals her throat. The girls break off into pairs to try an exercise. Raelle gets angry at a comment from her partner and her emotions get the best of her- she recites a spell and accidentally makes everyone in the room instantly fall asleep.

Witch Father returns to Fort Salem with his cadets. He puts them to work making weapons for Citydrop while Witch Father talks to General Alder about his fear that the humans will pull the Salem Accord because of the growing unrest of humans in regard to witches, mostly in response to The Spree attacks.

Gerit finds Tally and apologizes for the wedding and what happened. He asks if they can still be friends, but Tally gets flustered and walks away. Byron finds Raelle and asks her about her finger, the same one she touched the Necro wall with. She brushes him off but still goes to get it checked at by a nurse, who take a sample to look into it.

Augustin and Clive offer to be at Abigail's service because they heard about what happened to Charvel. Abigail thanks them and walks away to go find Adil. Adil explains that Khalida is sick and that he is here to help heal her. He sees a helicopter and suddenly disappears into thin air, confusing Abigail.

Scylla undergoes more torture as Anacostia presses her to learn more about the how and why of the Bellweather wedding attack. She said "The Spree protect their own, we are nothing like you."

Under Alder's watch, the nurses again try to cure Khalida, but the groan comes out of her mouth again horrifying all of the witches in the room. Adil tells Abigail that coming to Fort Salem was a mistake because they can't even fix his sister. She suggests he meet Raelle because maybe she can help.

Abigail plans a meeting in the forest between Adil and Raelle. Adil comes with Khalida, wrapped in a blanket, and Raelle tries to heal her. She appears to get worse until finally all of the black veins get shed off of her body. Khalida wakes up and asks her brother where they are. She and Adil thank Raelle. Back in the hospital, Khalida lies and tells the nursing staff she woke up and it's a miracle. The nurses and Alder seem doubtful.

Raelle is shocked that she didn't take on any of the illness because she always has in the past. Abigail says it's because she's improving but Raelle seems doubtful. In the lab, Izadora looks at the Necro wall and sees black webbing show up. She looks horrified and confused.

Gerit knocks on Tally's door and asks her to talk. They end up kissing and have sex.

Adil shows Abigail how he disappears into thin air. He kisses her while they're both invisible. She asks if he realizes what the military could achieve with that kind of power and he says unfortunately he can, and disappointed walks away from her.

In the middle of the night, Anacostia comes to take Raelle away while she's sleeping. She takes her to Scylla. Raelle wakes up and thinks she's dreaming but Scylla tells her it's real and Raelle kisses her. She asks Raelle not to believe everything that they tell her and that she loves her and wouldn't do anything to hurt her. Raelle tells her she believes her and that she loves her too.

They drag Raelle away and using Scylla's vulnerability, Anacostia manages to break into Scylla's mind to see her past. She sees Scylla going to The Spree headquarters to get a balloon. Scylla took the balloon into her car and burned her face off to reveal the face of the same woman who committed the mall attack. Anacostia releases her mind and walks away, leaving Scylla crying.

Anacostia reports back to Alder about The Spree's headquarters so that they can track it down. Anacostia admitted that she recognized a trace of regret in Scylla's mind, indicating that maybe Scylla is better than they thought.

Alder approaches Khalida and tells her that she will do everything in her power to protect her and her people. Khalida offers something in return to thank her. Alder tells her she wants to learn her and the Tarim's songs to make the world a better place. Khalida complies and sings for Alder, but it's a trick. All the plants in the greenhouse die around them. Alder collapses to the floor. Khalida then says "Our songs are not safe with you."

Raelle wakes up, convinced that Scylla is alive, but her roommates tell her that it was just a bad dream. Anacostia comes into the room to tell them that "Citydrop" starts now. The girls run, suited up, into helicopters to complete a trial mission. The girls drop out of the helicopters one by one.

You can do things that no one else can, and I need your help.

We are storm, we are fury, we cannot fail.

Soon I'll be as good as them - grinding iron into ore, mountains into dust, and crushing our enemies.

All that weather that you fight with has a cost....Every war people starve. 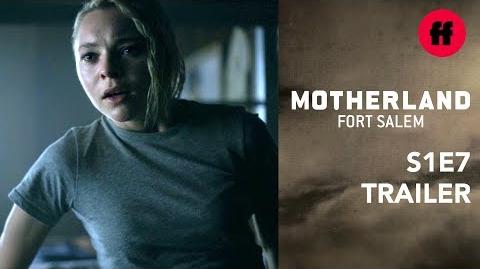 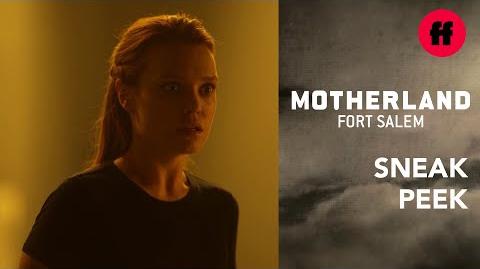 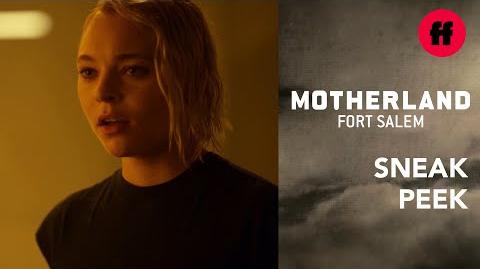 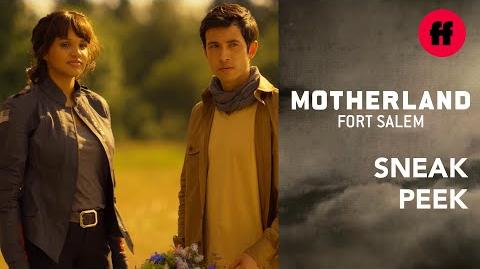