The Spree, The Camarilla

Season 1
Tally Craven is one of the main characters in Motherland: Fort Salem. She is portrayed by Jessica Sutton.

She is a kind, strong-willed, and curious witch who enlisted despite her mother’s passionate disapproval, believing it to be her duty and that it's important to make a difference in the world, given the challenges her people face.

Tally originates from a Matrifocal compound near Sacramento, California. She grew up in a place governed entirely by witch women, where no man is allowed to visit. Tally's mother lost four sisters in combat and received a dispensation from the Army that enabled her to avoid conscription and military service. She wanted the same for Tally, but Tally wants to serve and have a positive impact on the world. She argues with her mother constantly regarding the matter and her decision to enlist is a source of much friction between them.

She is a virgin at the beginning of Season 1 and the least experienced of the three. Tally grew up with fellow cadet Glory Moffett, whom she's friends with.

Despite her mother's opposition, Tally enlists in the army because she believes it is her duty and she wants to protect the innocent. She arrives at an airport and a man gives her his ticket to Boston. Around her people begin to whisper when seeing that she is a witch.

At Fort Salem, she is placed into a unit with Raelle Collar and Abigail Bellweather. Tally tries to get the unit to work together, but Raelle and Abigail butt heads. The trio perform well during a harmonics exercise and begin to get along.

During lunch, Tally meets a friend from her compound named Glory Moffet who can't believe Tally would come to Fort Salem willingly.

Tally begins to doubt her ability to be a soldier when she fails to attack Anacostia and when her mother tells her that Fort Salem is not for her. During the pageant in Salem Town, a balloon is released and the civilians go into a panic. The cadets try to calm everyone down, but a man says that since the Spree are committing these attacks, all witches are the problem. Tally windstrikes him in anger.

Later, the unit along with Glory and Libba Swythe party and get drunk together. Tally tells them that she made the right choice enlisting and that they are her "witches." They agree and continue to party.

When the male witches arrive for the Beltane ceremony, Tally's eyes light up. She has never been around men before and she gets very excited about the prospect of a potential romance. Gerit Buttonwood immediately catches her eye and they begin to flirt. Later on, they kiss.

Their relationship starts to progress and at the Beltane dance, they connect and have sex. They passionately say goodbye as Gerit has to go back to his academy. She ecstatically tells her friends about losing her virginity.

At Charvel Bellweather's wedding, Tally is thrilled to see that Gerit is there. They run off and make out and Tally is giddy until later she finds out that Gerit is in fact engaged to Hilary Saint.

Later at the wedding, while crying in the bathroom, Tally overhears Scylla talking to a mirror (being controlled by The Spree). She runs to tell Anacostia when she saw and what she suspects. Later, she is told to keep this a secret from her unit.

During linking training, Tally pairs with Glory to prevent Raelle from seeing her memories. She along with the rest of the class get put to sleep when Raelle gets angry.

During Citydrop, she and the rest of the cadets are ordered by General Alder to participate in an attack against the Spree where the cadets unknowingly killed several hostages. At the time of the attack, only Tally, Anacostia, and the leadership were aware of the true nature of the hostages' deaths (they were alive when they were killed with the Spree as collateral damage by the cadets). This act weighed on Tally greatly, who joined the army believing she would be fighting to end suffering and death of the innocent.

Tally is present when the unit goes to General Bellweather to inform her that Scylla is on-base and the Spree has infiltrated Fort Salem. This sets off a series of events where the President tries to remove Alder's power and replace her role with General Bellweather. Alder finds out and puppets the president to gain absolute power. Tally finds out and starts to question more and more the actions and decisions of General Alder.

After Gerit is married, she continues to have a sexual relationship with him to deal with her feelings about what happened at Citydrop. When in bed with him, Hilary walks in and asks to join in. Tally is furious and breaks up with Gerit.

Tally, Abigail, and Raelle complete basic training and attend their graduation. They are elated and go to wait for their assignments. Expecting War College, they are all shocked and disappointed to see that they were assigned into combat to be deployed immediately. General Alder personally blocked their War College acceptance because she wanted them to accompany her on a rescue mission for the Tarim.

Anacostia tells them that Abigail will not be joining them. Tally is devastated, but Anacostia tells her to get her head in the mission. Tally thanks Anacostia for taking care of them.

Upon boarding the plane, Abigail appears behind them and the unit embrace. The unit flies off to go save the Tarim, along with the help of Adil. Upon landing, Tally tells the group that they are being watched and that they feel hostile. They camp on the ground. The girls accuse Alder of many wrongdoings and demand answers. Alder says she doesn't owe them any answers but for the sake of trust she will explain herself. She explains how she has had to make many hard decisions over the years and that every decision hurts, but it is for the greater good.

They find the Tarim hidden in a cave. Tally confronts Alder about her power lust. Alder tells her that she grew up in constant fear and only wishes to use the Tarim's songs to to make the world a better place. After the Tarim are healed, Tally reports that there are people waiting for them outside. She tells them that they aren't witches. They find the reemerged Camarilla have taken the pilots and burn them alive in front of the group.

The Camarilla conjure a dust storm and attack the group. Tally is able to detect where they are and tells the witches where to strike. Alder's biddies get hurt, which in turn starts to weaken Alder. In a moment of panic, Tally tells Alder to take her youth so that she can recover. Alder accepts and Tally instantly grows very old.

Raelle gets stabbed and Abigail runs out to save her, Alder has to make the hard call to leave them to save the group. Tally is distraught and devastated as she sees her two best friends lie dying, left behind.

Alder offers Tally the chance to have her youth restored and return to the way she once was. She tells her it's a very rare opportunity, but Tally replies that she made her decision and she's sticking with it. Alder, however, tells her that it's not an order, simply an offer, and one that isn't without serious risks. She eventually takes the offer and shares a happy reunion with Raelle and Abigail, surprised to learn that they are, in fact, alive. The three of them then learn that they have all been accepted to War College as part of the Sekhmet unit.

Tally begins experiencing nightmares - visions of Alder's past and a woman named Nicte Batan who served with Alder. In the midst of the War College training, she takes notice of Penelope Silver, the daughter of the Vice President and a new recruit. Seeing that Penelope is having trouble fitting in, she goes to Alder, offering to take Penelope under her wing and get her up to speed and ready for Basic. Alder agrees to the request. Later, Tally takes Penelope to a museum with pictures of Alder in order to bring her up to speed on the coven's history. As they explore the museum, she discovers a photo with a shimmery image of Nicte, one which Penelope cannot see. She realizes that somebody is using a working to try to hide all evidence of Nicte's existence.

Her "mark" is located behind her right ear.

Witch Physiology: As witch, Tally can create change in the physical world by generating different seed sounds with her voice. She is very talented in knower specialized work. Along with Abigail and Raelle, she is one of the most powerful cadets in her year.

It's my duty to fight for this country. I think of it more as a privilege. A privilege we witches share.

Hi I'm Tally, I'm a complete virgin and hot for any part of you that's available

Tally in A Biddy's Life 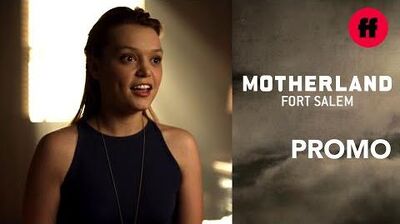