Rebecca Johnson
Up is Down is the sixth episode in the Freeform series, Motherland: Fort Salem in Season 1. It aired on April 22, 2020.

Abigail has to come to terms with her vulnerability in the aftermath of a horrific event. Tally struggles with being supportive while also keeping a secret from her unit. Raelle takes extreme measures to connect with Scylla.

A man runs with a sick girl in his arms through the sand to a U.S. military post. A woman runs up to them and yells, "They're here!"

Meanwhile, Abigail reports The Spree attack to a General, describing what happened and what The Spree looked like. She explains how she tried to Windstrike them off but the screeching was the problem and she wasn't able to.

Abigail's mom, Petra, meets with two others to try and detect the screeching from The Spree. They let her listen to certain samples but she says that none are exactly right.

Raelle freaks out about Scylla and says they need to find her- but Tally, not explaining that she thinks Scylla is a part of The Spree, tells her to calm down and wait. Anacostia confirms that an investigation is in progress and to let it to them.

Back at the U.S. military post, the sick girl, identified as Khalida, lays in a bed and her veins appear to be black. She doesn't open her eyes. General Alder and her biddies walk in to see to the girl. She tells her brother, Adil to relax and enjoy Fort Salem while her healers attend to Khalida.

Petra checks on the investigation in the lab, where the victims of another Spree attack lay dead, with their vocal cords cut out. Izadora and her colleagues realize that the vocal cords aren't typical. They all have similar marks and it's determined that not only are they witches, but Bellweathers distantly related.

In training, they learn how to drop into situations without hurting themselves. Using salva, a professor demonstrates how she can jump off of a tall tree and float above the ground until she lands safely. She asks Raelle to demonstrate first since she has some experience with it. Raelle obliges and floats in the air, while envisioning Scylla and their experience together. Suddenly, she drops to the ground.

Tally pushes Abigail to open up. Abigail snaps at Tally. Petra calls Abigail to her office and assigns her a bodyguard, Bridey because she believes the Bellweathers are a top Spree target right now. Abigail tries to resist but reluctantly agrees.

Abigail screams at Bridey, who stands there silently until she breaks out a move, impressing Abigail. They start to train together, which ends with Abigail in tears over her cousin because she let her guard down. They start to bond and her guard explains to her how she hurt her eye and how she never got it fixed because it happened in an attack where her sister died. She keeps it as a reminder and because she doesn't "deserve two eyes".

Raelle stalks around the Necro lab, trying to find hints about Scylla's whereabouts. She sees a wall that appears to be moving - a hand from the wall reaches out and touches Raelle. Izadora runs in to stop her, explaining that it's better not to touch the wall. They walk away to her office to discuss Scylla while Raelle's face eerily appears on the mysterious wall. In Izadora's office, she tells Raelle that "truth is the best medicine". Izadora tells Raelle that Scylla was killed in the storm.

Tally runs after Anacostia to ask her about Scylla and what they're going to do. Anacostia tells her to say nothing because there is nothing to tell and that an investigation is under way.

General Alder watches over Khalida. Adil comes in to talk to her. She says that his people's songs remind her of her own family's songs and she would like to learn them. He retorts that she took her songs and turned them into weapons. He prefers to keep his songs with his people as the Tarim will remain the final stewards of their songs.

Raelle tears up in her bedroom as Tally and Abigail walk in. She explains that Scylla died at the wedding and her unit tries to comfort her.

Meanwhile, Abigail has intense nightmares and her bodyguard storms in to see what happened. She denied having the nightmare and told everyone to go back to bed. In bed, Raelle looks at her hand and sees the "S" appear - it's Scylla saying hello.

Abigail walks into a room and sees Adil. They smile at each other until someone tells Abigail she isn't supposed to be there and she turns and realizes that Adil wasn't really in the room after all.

Tally and Abigail realize that their Salva boxes are empty and that Raelle is gone. In a field, Raelle gives herself a really big dose of Salva. She floats up high along the coastline. Abigail and Tally want to go find Raelle, but Abigail's bodyguard refuses. Abigail tells Bridey that she needs to save her "sister" and bring her home. Abigail and Tally go to the beach in a car and find Raelle laying on the sand.

Raelle wakes up and asks for Scylla. She pushes her friends off and screams that she's alive, not dead. She breaks down crying in the water.

Scylla sits in a chair in chains in a dark room being interrogated by Anacostia and Izadora. Scylla refuses to talk or explain what happened. General Alder comes in to interrogate her.

Grief is stubborn Abigail. And wild. You're going to be okay. 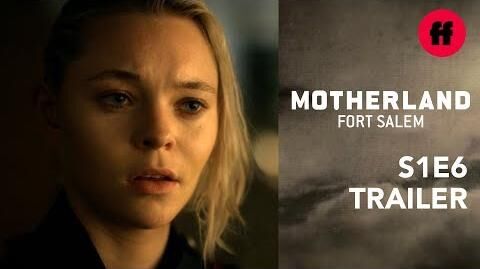 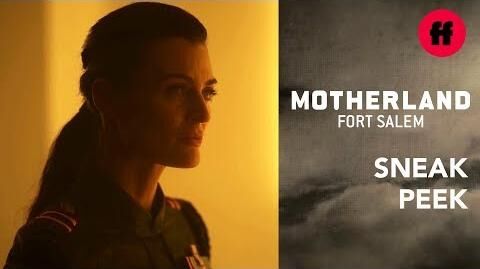 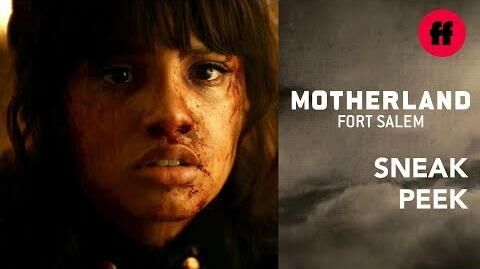 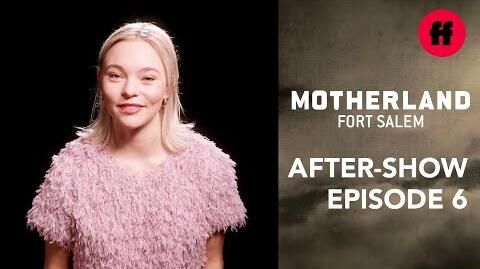