Steven A. Adelson
Witchbomb is the tenth episode in the Freeform series, Motherland: Fort Salem. Witchbomb aired on May 20, 2020 as the Season One finale.

Raelle, Abigail and Tally graduate from basic training, making Abigail more desperate than ever to prove her unit belongs in War College; Alder eyes the unit for a rescue mission while Anacostia and Scylla find common ground.

A women's soccer team is playing a game, when one of The Spree, disguised as a soccer player, uses a soccer ball to hypnotize the crowd, who start chanting together "Our ancient enemy has returned" in unison.

Alder congratulates the cadets at their graduation of basic training. She acknowledges that some will go to War College and others will go to serve in the front lines in the U.S. army. The girls run out, along with their parents, to receive their fates.

Abigail, Tally, and Raelle all get assigned to combat infantry instead of War College. They all look shocked and horrified. They discuss how it could be possible, especially Abigail who says that this has never happened to a Bellweather.

Anacostia visits Scylla, who asks her why she is still there instead of jail. She suggests that Anacostia is realizing that Scylla must have had real reasons for being in the Spree. Anacostia tells her that she knows nothing about her and storms out.

Alder calls the girls to her office, where she informs them that they will be helping in a special operation to help the Tarim, at Khalida's insistence based on Raelle's healing powers. Adil agrees to help them find his people.

Raelle greets her dad and tells him that she is deploying today. She is wearing her protection charm and asks her dad why it didn't protect her mom. He said she wasn't wearing it on her last tour. He hands her a letter, written by her mom, for her graduation day.

Petra talks to Abigail and tells her that she knows that Alder blocked her acceptance into War College but that she pulled a few strings to secure her a solo placement at college. Abigail protests because Tally and Raelle didn't get placements. Petra says that some matrilines are more important than others.

Raelle asks Anacostia to request that they go easy on Scylla, wherever they send her. Anacostia says that she'll try. Tally and Raelle are upset but also not completely surprised when they find out about Abigail. Tally cries because Abigail never said goodbye.

Anacostia sees Scylla and brings her a photo of her dead parents. Scylla explains how they died. She explains that they were on the run and her parents were caught and surrendered, but were killed anyway. Scylla was hiding and got away and vowed to fight for them ever since. Anacostia explains that her parents also died tragically.

Raelle and Tally board the plane to deploy on their first mission. Adil asks where Abigail is and they say it's a long story. Abigail appears suddenly and surprises them. Alder nods in approval at Abigail.

Raelle reads her mother's letter. She tells her to keep the charm to keep her safe and that she loves her more than anything. She tells Raelle to trust her gift and to never doubt it, even for a minute.

Alder's group lands and Tally detects that they're being watched or followed by a hostile party. They march through the land looking for The Tarim. They stop to rest and Alder addresses the girls to "clear the air." Alder starts to explain herself, for the purpose of trust. She said that she has had to make many hard decisions but that she regrets none, including the Citydrop battle where Libba died.

The group advances and comes across a hanging dead woman, dressed like Alder's sister. They enter a cave and see a trail of blood leading to a solid wall of rock. Adil seems pleased because he knows that his people can create walls of rock, split rock, move mountains, anything - so maybe they put the wall up themselves for protection. Adil opens up the wall with his powers.

There are Tarim behind the wall who accuse Adil of betrayal for bringing the army, but they offer the healing services of Raelle and say that Khalida survived. Raelle starts to heal a boy, sick with the same dark black winding veins. Tally detects people outside waiting for them, but not witches.

Tally detects people outside waiting for them, but not witches. Alder's group and the Tarim walk out and see the pilots bound to stakes by the Camarilla. They tell Alder they saved a place for her and set the pilots on fire. Alder, the unit, and Bridey manage to fight them off. The Camarilla start to attack Alder's biddies, which weakens Alder. Tally offers herself as one of Alder's biddies and she regains her youth, whereas Tally becomes old.

The group boards the helicopter to escape but the Tarim boy runs out, afraid. Raelle gives him her protection charm so he gets back in but one of the Camarilla stabs her from behind. Abigail runs out to try to heal her but starts to lose strength herself. Alder has to make the call to leave them behind and the helicopter takes off. Tally bursts into tears, seeing Abigail and Raelle both near-death on the ground. Abigail tells Raelle that she loves her.

A big burst of black beads shoot in the sky, shaking down the helicopter. Tally asks Alder "What was that?" and she responds that she has no idea.

Abigail and Raelle walk, seemingly okay, surrounded by light and the black beads. They both appear confused and walk hand in hand.

Scylla walks up to a house and says a code to enter. Anacostia appears outside of the house, "on a run," but really she appears to be following Scylla to locate more of the Spree's headquarters. Scylla goes into the kitchen where a woman welcomes her back. She turns around and it is revealed that the woman is Raelle's mother, Willa Collar. Willa tells Scylla, "You were supposed to bring me back my daughter."

This is a complete betrayal of everything...

You made us into murderers.

The Spree gave me purpose and a place to put my pain.

If you knew what was at stake, you would understand.

Where's Abigail?"
"She's not coming."
"Why?"
"Long, terrible story."
"Yep. Pretty much the saddest story ever told. You didn't think I was going to let you two have all the fun, did you? 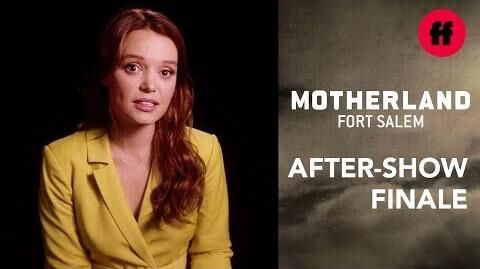 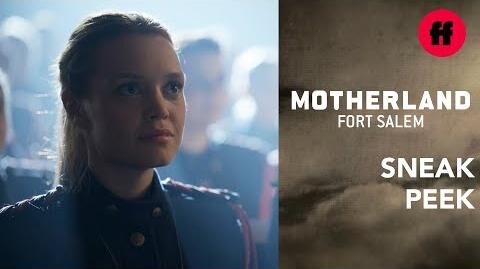 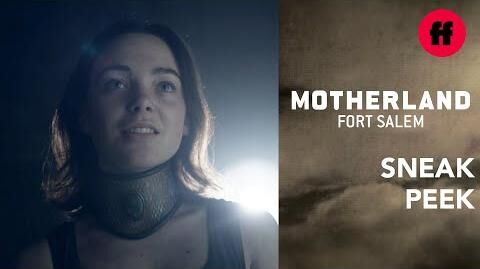 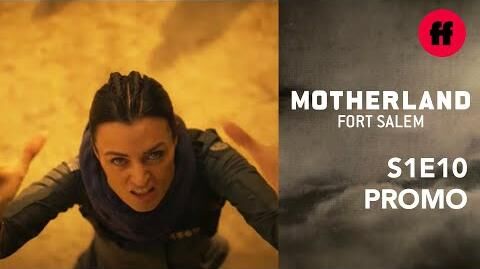 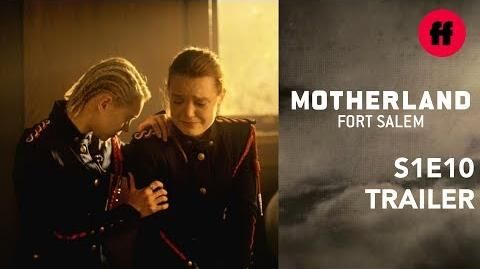